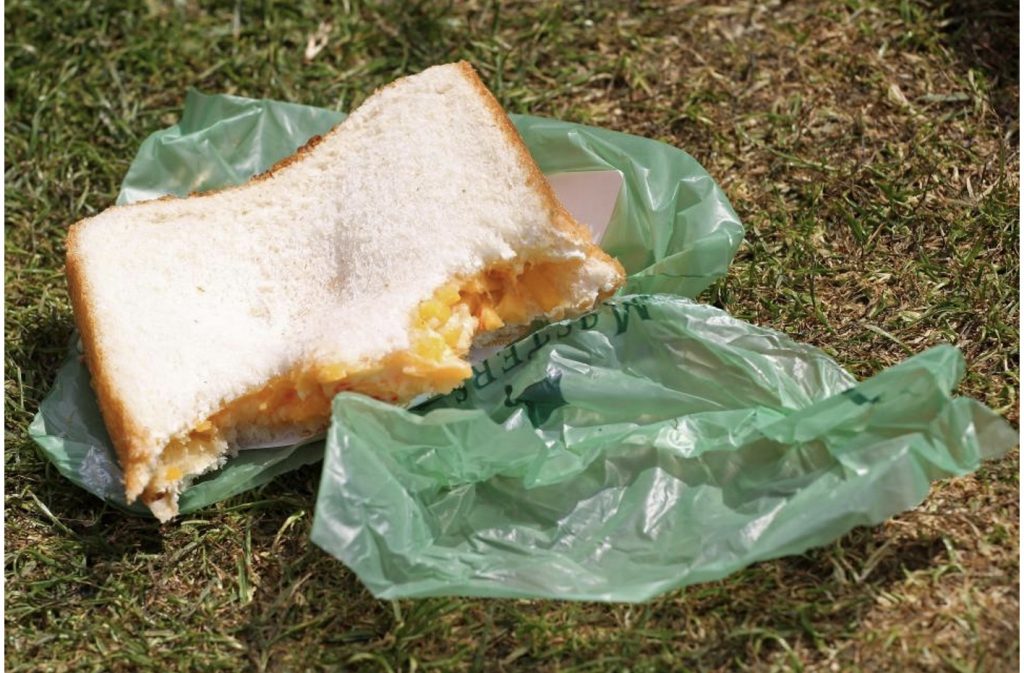 The famous pimento sandwich of Augusta National and the Masters. Sandy’s been to 7 Masters and the $1.50 green cellophane wrappers. Sandy’s preference over the club or the chicken. Was there on 16th when Tiger made that sidewinder for a birdie, when Phil won his first green jacket. Favorite moment was watching Arnie, Jack and Gary coming down 11 and playing 12 together. Great memories! The first was Ian Woosman’s win and watching him come into 18 from the far left of the green in 1991.

Tried to duplicate the sandwich, by mixing the chedder cheese, mayo and pimentos but living in the lowcountry of South Carolina for 20 years there  are many brands made there. My belief is the white bread and eating it on the Augusta National course that makes it special. Other will disagree. Below is an article by Sam Weinman which has a different perspective. Alas, I always make a Pimento Sandwich when I watched the Masters, as I made a Mint Julep when I watched the Kentucky Derby. It’s a thing.

AUGUSTA, Ga.— Pimento cheese. Most of us go 51 weeks a year without thinking about this curious concoction they jam between two slices of white bread and sell for $1.50 here. Then comes the Masters, where it’s such a part of the tournament’s identity you might think they fill the bunkers with it.

The Masters being the Masters, you might also assume you can’t experience the real Augusta National delicacy anywhere outside the gates. Turns out you have a better chance of enjoying an authentic Masters pimento cheese sandwich at home than if you drove down Magnolia Lane.

More on that in a bit, but first, some backstory: Until about 15 years ago, the pimento cheese served at the Masters was prepared by a caterer in Aiken, S.C. named Nick Rangos. When the club switched vendors to the local Wife Saver restaurant in Augusta, owner Ted Godfrey tried — and at first struggled — to duplicate the recipe.

“We tried over 33 cheeses and we still couldn’t get it right,” Godfrey said the other day.

After six months, with the help of a holdover frozen batch of Rangos’ product and following a handful of trial-and-error sessions with Augusta National’s concessions committee, Godfrey said he arrived at an epiphany late one night, a small adjustment that made all the difference. Upon tasting the new recipe, the club finally agreed.

Whatever it was, Godfrey got it, and over the next decade, he was charged with furnishing the club with enough pimento cheese (but not the bread, which the club handled) to meet the tremendous demands of Masters week.

Then in 2012, Augusta National chairman Billy Payne determined the Masters was too high-profile an operation to chance using outside vendors. The club boasted a clean record when it came to health inspections and serving fresh food, and as he explained to Godfrey, the best way to preserve that record was to produce everything in house. Godfrey lost Augusta’s business, but he still had the elusive recipe. Two weeks later, when the club called asking for it, Godfrey said he’d hand it over for the small price of a couple of badges.

“I made an offer and they didn’t accept it,” Godfrey said. “And they still don’t have the recipe.”

Now, if you’re asking how much one pimento cheese recipe—often just a variation of cheddar cheese, mayonnaise, and pimentos — could really differ from the next, think back to how long Godfrey took tinkering with ingredients when he first tried to match it. Now consider that in 2013, when the new Augusta National-made pimento cheese sandwiches debuted, the change was apparent to more than him.

Related: I ate and graded every food item at Augusta National

“It’s different,” ESPN’s Wright Thompson wrote that year. “There’s definitely more spice, and some think there’s more mayo. The consistency has changed, sometimes leaving soggy bread gummed up around a big blob of the spread. From the outside, it seems like a combination of legal liability issues and stubborn pride has left the Masters concessions staff trying—and failing, in a rare moment of fallibility—to re-create the same recipe that generations of golf fans have enjoyed.”

A source of frustration for the club, however, was an opportunity for Godfrey, and in the absence of tournament badges he sought for his family, he figured the best use of his pimento cheese recipe was by way of the open market. Always available at his Wife Saver—Godfrey sold his Augusta restaurant but still owns one up the road in North Augusta, S.C.—he also tried for several years to ship his recipe to those who ordered it from afar.

But shipping perishable food is a delicate balance. It requires the right packaging, and dry ice, and it hinges too much on the whims of deliverymen—all factors outside the expertise of a small town restaurateur. It was not until this year, when Godfrey connected with an online outfit called Goldbelly that a tangible solution appeared. Ted’s Famous Augusta Pimento 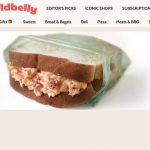 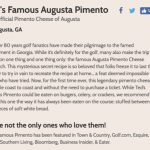 Lest you wondered whether there’s a website for people seeking a specific pimento cheese recipe made halfway across the country, Goldbelly is it. The site sells more than that, of course, but the concept is the same. Specific food made in specific places, delivered to you while still fresh: BBQ from Memphis; Primanti Bros. sandwiches from Pittsburgh, Prince Street Pizza from New York. And this year, for the first time, “Ted’s Famous Augusta Pimento,” two pounds of which can be shipped to you for $49, complete with its own signature green sandwich baggies (Godfrey said the club recently bought back the trademarked name of “Augusta’s Original Recipe”). The batch will be available year round, but understandably, demand is spiking right about now. And given that it’s still a little-known secret, there’s plenty of room for growth.

“Maybe people who grew up in Augusta knew about this recipe,” Goldbelly Chief Business Officer Frank Luciano said. “But they didn’t know you could ship it around the country.”